Last week all of America celebrated Independence Day with BBQ's, desserts, and fireworks.  Our family wasn't any different.  We enjoyed wonderful food, some of us went to a play in the park (Romeo and Juliet) while others played in the pool, and then we all went to the fairgrounds to watch the big show. 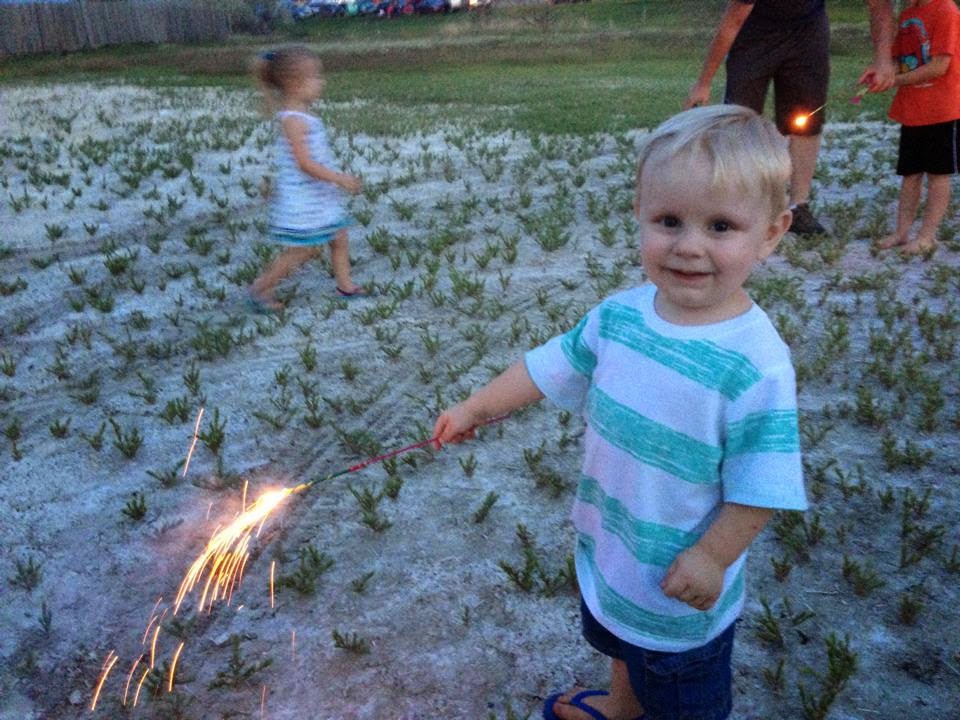 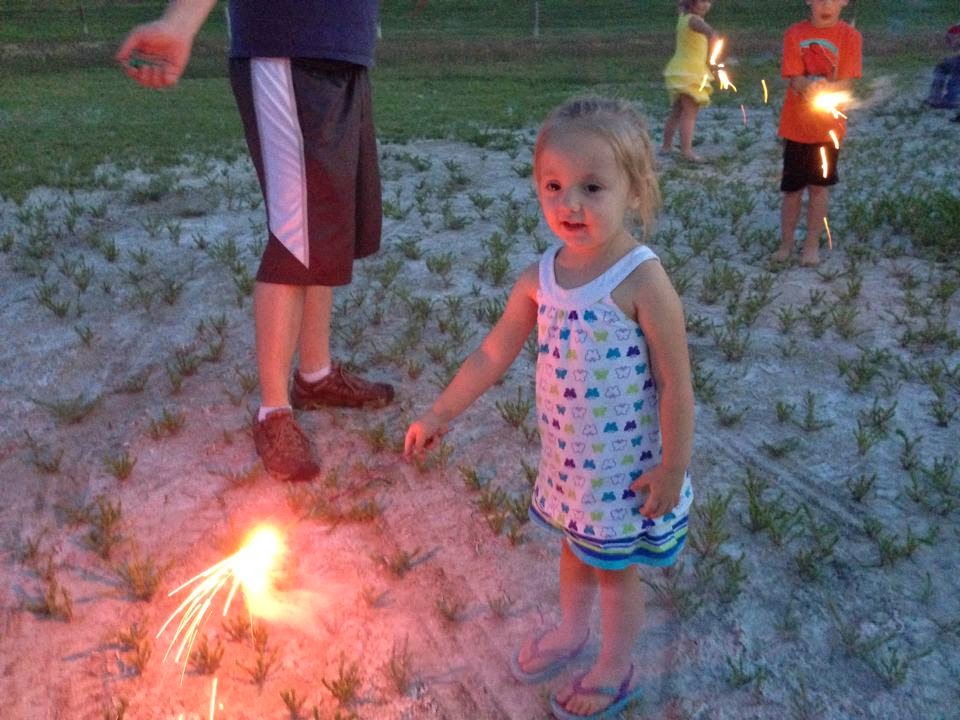 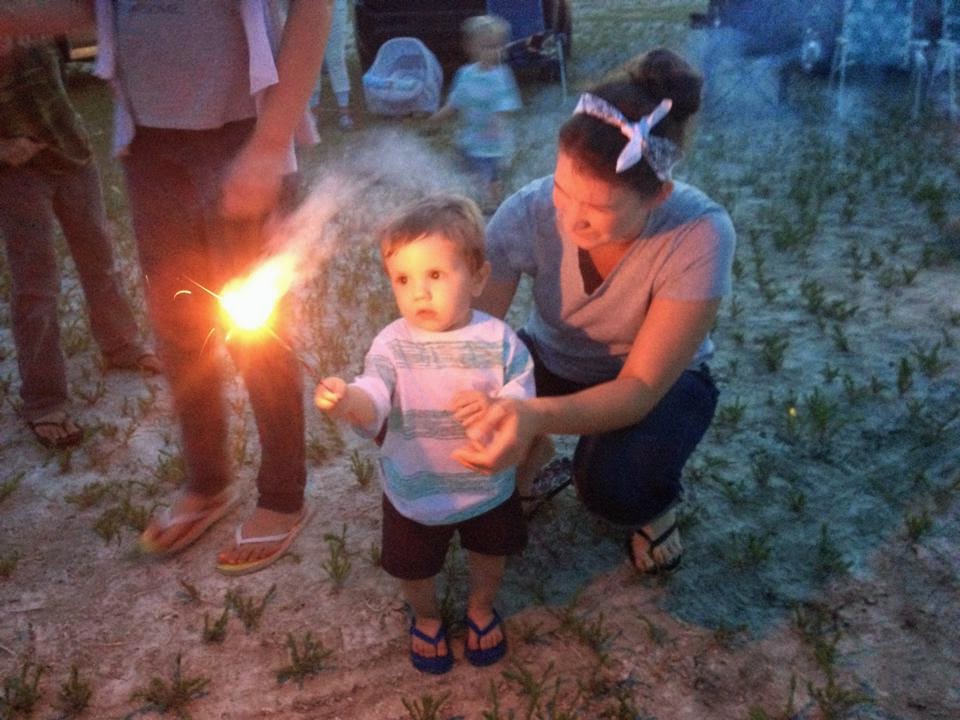 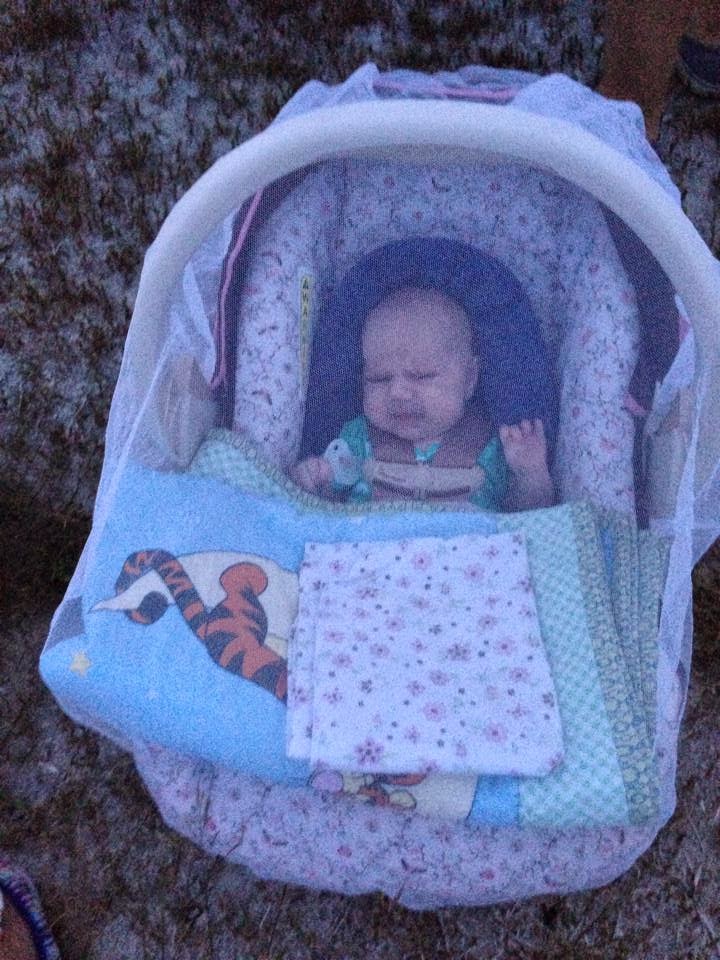 As you can see...most everyone enjoyed the evening. :-)  Our little town set off an amazing display of fireworks and our little group was front and center.  It was amazing!  All of us -- even Phebe -- had a great time.  Afterward, we headed back to some friends' house to set off our own fireworks before calling it a night.

We all enjoyed the fireworks very much.  They were so pretty!  We even had a couple paper lanterns this year which was fun.  It was getting close to midnight when my little ones asked me if they could go inside and lay down.  I brought them inside, changed diapers, and was just laying kids on couches when Melissa ran in and told me to go outside because Paul was bleeding.

I had no idea what was going on, so I headed outside to see a group of Paul bringing Paul in, and I was so confused as to what happened!  Someone finally told me he got hit in the face by a firework, but I didn't know the extent of it yet.  They brought him inside where there was light, his dad looked at him, and they immediately rushed him to the emergency room.

As soon as I made sure someone could take my kids home for me, I had someone take me to the hospital so I could be with my husband.  The whole time I was praying, asking God to be with him.  I still didn't know what had happened, but he was seriously injured. 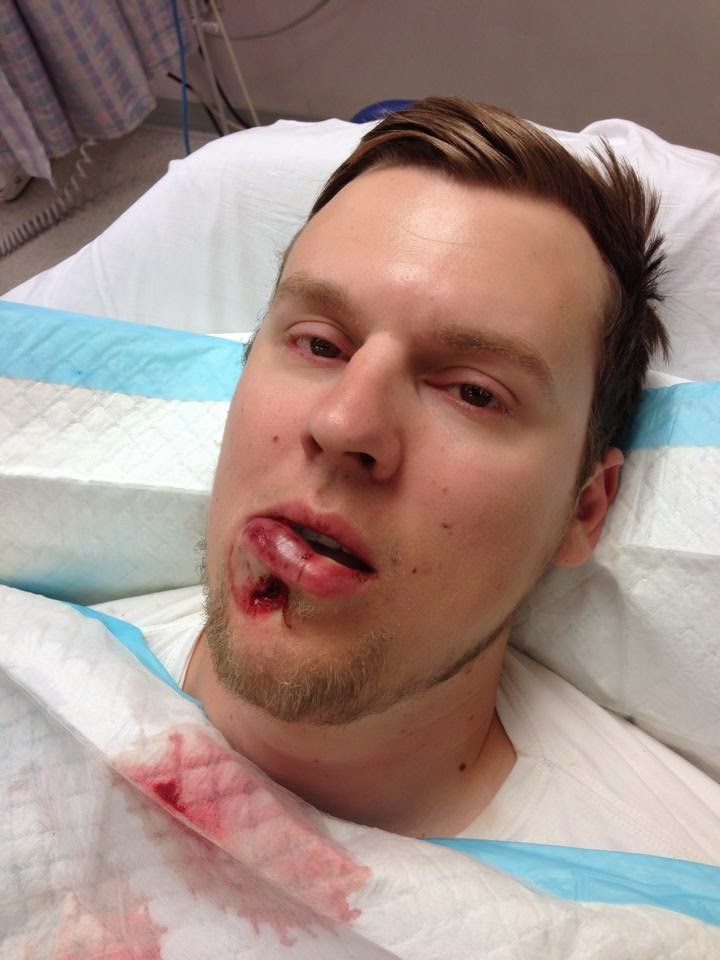 I ran into the ER, found out which room Paul was in, pushed back the curtain...and found my poor husband with a big hole under his lip and blood everywhere.  He was moaning because of how much pain he was in.  I went to his side and continued to pray for him while I heard the story:

Earlier in the evening we had shot a off a mortar cake.  About an hour or so later, Paul was using a flare to light smaller fireworks, and he put the flare in one of the mortar shells and it tipped over.  When he bent down to pick up the tipped over shell and his flare, he was met with a dud mortar that was re-lit by his flare.  The dud hit him right in the face.  Thankfully it bounced off his face and then exploded -- but as you can see he was still damaged.

After the doctor cleaned him up, asked over and over how his teeth felt, if he could see, etc., he told Paul that if it was six inches higher he would have lost an eye.  Knowing Paul, that would have been the ultimate nightmare.00000 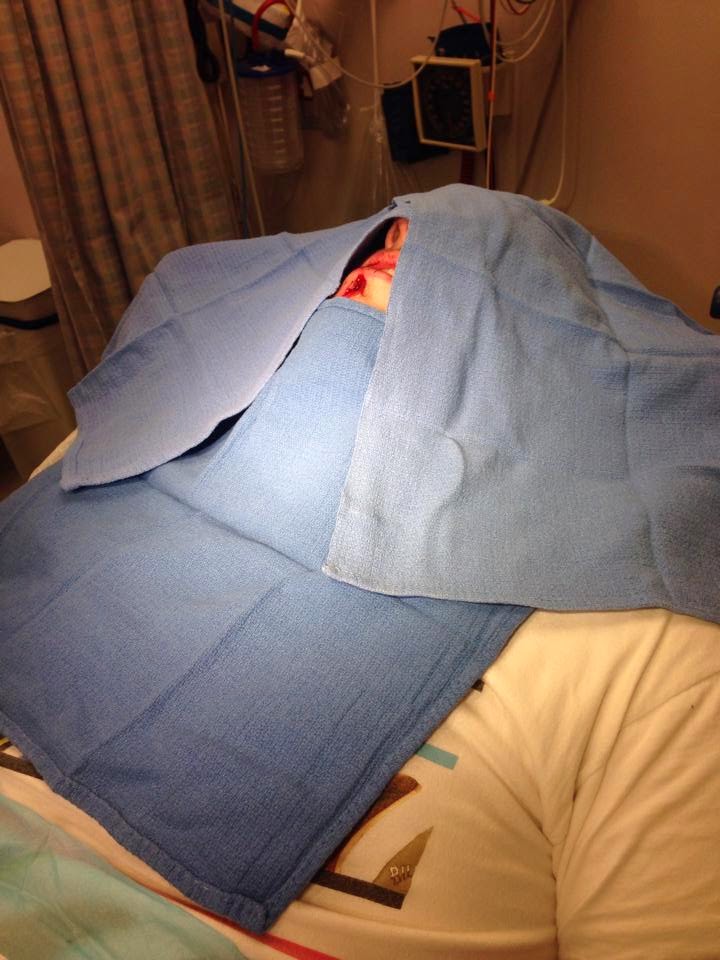 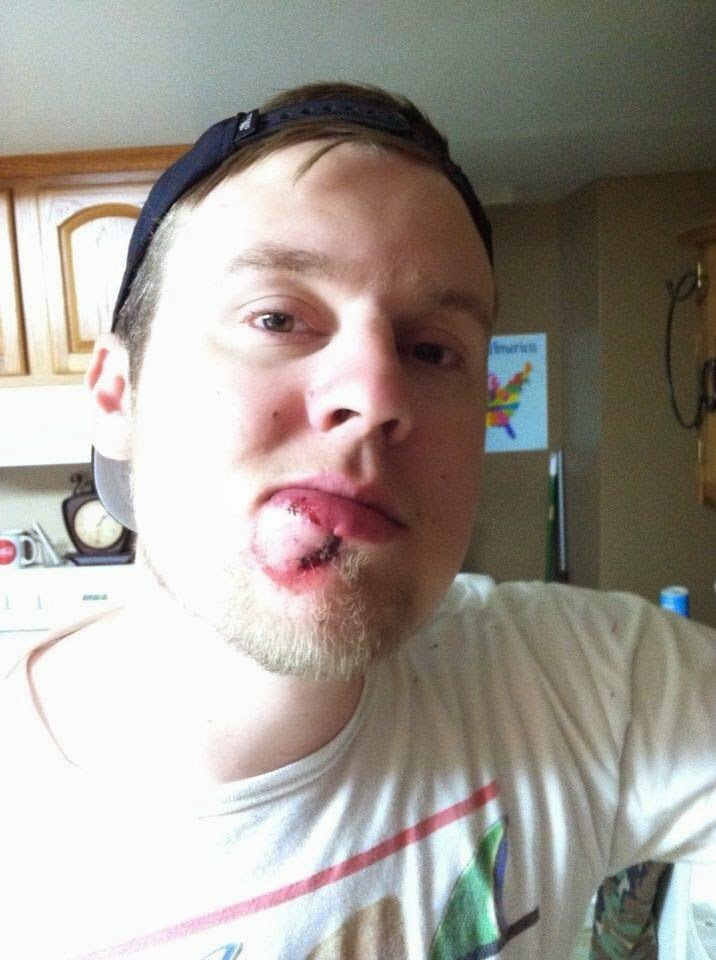