For those who know my husband, he normally wears his hair longer.  Some don't like it, but I love Paul's lovely locks!  His hair is prettier than mine.  It literally looks like someone took glitter spray to his hair -- it's just beautiful!

I can tell that Zoe has been blessed with the same golden glitter.  Lucky pigs. 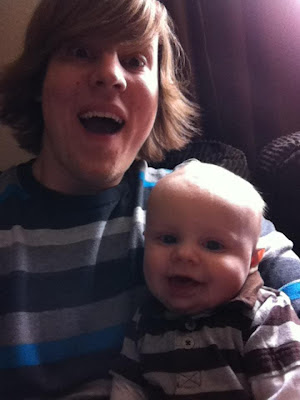 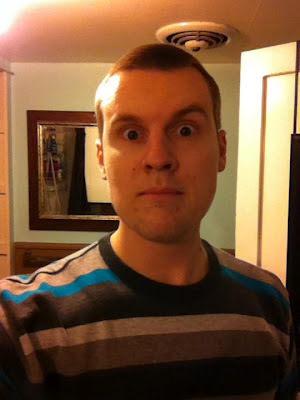 Well Paul has been wanting change for awhile.  He felt like it was time to have short hair again.  It took a little convincing on my part, but I finally gave in yesterday and told him to hurry up and do it!  So he did.  The hair is gone.  Paul is so handsome no matter what length his hair is!

Some joke that him and Max are now twins!  I would take a picture of them together to prove it, but Max still cries at the sight of the new 'do.  Maybe later!
Posted by Grace & Co at 10:59 AM